Traveling back to Massachusetts

This week I furthered my traveling back home to meet with my trainer in Clinton Massachusetts. Myself being a football player here for the school I consistently end up with injuries but for the most part the training staff here are available to help out. Just on this occasion they were not around due to having to work with the  in season sport. So I decided since I needed to get things from back home I would make a trip to meet with my trainer and stop home.

It was a total of 4 hours of traveling so I left after my last class at 1245. The injury I sustained was that I popped my rib out while I was lifting so I needed it to be put back into place. This has happened many times to me so it just reoccurs. My trainer works at achieve performance in Clinton and he is a life saver. After the 2 hour ride into Clinton he fixed me up and then I was  able to catch up with a bunch of the guys down there.

I departed from Massachusetts at 7 and made it back to Plymouth at 9. Overall very productive and I am happy I made it 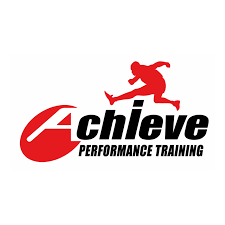 On Tuesday the 4th I decided to make a trip down to Boston for the Super Bowl Parade. The trip down was hectic enough before we even made it to the actual parade. Since I am on the football team I had a commitment to morning lift which  started at 6 am and ended at 715. After that ended we were able to prepare for the trip down. With all of the traffic we were in the car for 3 hours before we arrived at the parking spot. Things that I learned is I probably should of done a lot more research prior to getting their. We had to “wing” it to figure out trains and what stop to get off of. Surprisingly we made it on time and we were able to catch the entire parade. Although the amount of time traveled was absurd the trip to see Tom Brady was 100% worth it.

On Friday the 25th me and my friends decided to make a spontaneous trip to Foxwoods Casino in Connecticut. We like the road trip to get out of the cold of Plymouth State. We went to experence the vibrant and electric surrounding of a Friday night at Foxwoods. Truthfully it was overwhelming going to such a busy area compared to Plymouth State. The food was outstanding and there were so many options. It was too crazy to me that there was a massive casino and shopping outlets in a such a low populated area. Overall, I had a fun adventure with my friends and had such a fun time. The drive was the worst part because it was 3 hours away. But it was worth the commute to experience something new.

Welcome to my Blog about traveling